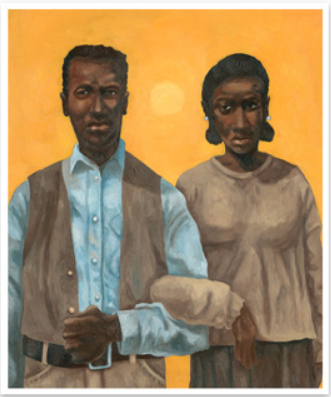 “War is not the answer, for only love can conquer hate” – Marvin Gaye.

I can remember the first “Rooftop Pajama Jam Card Tournament,” I hosted in college. Our university was celebrating a major athletic victory in college basketball – we made it to the NCAA’s Final Four Tournament. I was president of the Caucus to Improve Black Affairs, and my peers wanted to do something special on campus to bring the African American students together to chill. We debated what food to serve, movie to play, and what issues we would share with the school community during the planning. Our basketball team was scheduled to play soon, and students were debating whether the basketball team should stay in the locker room as a form of protest. A dorm Resident Advisor (RA) said it best “Just give college athletes what you want. When you give others what they want and need, everyone will paradoxically receive what we want and need. If you wish to have power, empower others. If you want money, give money. If you want praise and recognition, give praise and recognition. What we do for others will be done for us, so if you want to see them play, we’ve got to pay.” This statement reflected how many students of color felt but not every member of the Racial Awareness Piloting Program (RAPP) felt the same way.

“What you don’t understand is that you people should be happy to even be in the big dance.” I quickly moved to close out the conversation after that statement because we all began to feel the microaggressions taking control of the debate. The question is, what steers people to accomplish greatness in life — students of color in particular? Leading scholars would say that the righteousness of a person’s aptitude is a considerable driver. Successful students of color indicate that perseverance, purpose, and thirst for living free of the fear of poverty, violence, and untimely death are big motivations. Whatever the driver, an academic achievement often pushes African American students to use actions, art, and words to validate themselves.

Moreover, this “righteousness frame of mind” helps students of color overcome the generational trauma they live with every day. Spoken words have meaning; they attach consequences to the capabilities and actions of the people hearing them. Over time words can contribute to or detract from educational success for students of color. Yes, the human spirit is flexible and effective communication, if used appropriately, can enhance learning. Positive language indeed gives students a general feeling of purpose, and there is a clear relationship with accomplishments at school. It makes sense that encouraging language would promote positive actions, better performance, better grades, and a stronger community. What about negative language?

Living in a community of color during this global pandemic, economic, civil, and human rights crisis makes it easy to see how the lack of quality education, financial freedom, and adequate healthcare impacts society. I see how microaggressions and words of hate play out in real-time. The use of language in a way that, if called to question, the offender can deny any intent to disrespect others. The use of terms and or remarks about issues to spark a reaction. Underneath this is a subtle reference to values in a manner that manipulates American society.

What’s worse is that tactics like this bring out the worse in all of us. The use of shock to motivate one group of people also triggers a downward spiral that adds to civic dysfunction and encourages hateful language and ineffective policies. It’s an outrage that during one of the most challenging periods in American history, we are held hostage. Unlike the bipartisan response to the financial crisis in 2008, there has not been a real attempt to legislate compassionately.

What’s clear to me is that something changed in 1994, and American politics has not been the same since. Remember, after 40 years of one-party control of the house, politicians developed a strategy to win at all costs, and they won. Now, the philosophy of “say anything to win” has become a mandate, and only the American voter can break this cycle. Will politicians attempt to manipulate voters with the use of fear and hateful language? Will they use wedge issues to mobilize their base?

I think back to the 2006 elections when these extremists unleashed a harsh “cultural war” to get their base to vote. The political atmosphere is similar to that of today. However, there’s strong evidence that things may be different this time. We’ve had many years of new registrants, and many young voters plus voters of color (VOC) will return to the electorate.

This political geography is highlighted in majority-minority cities like Norfolk.

What can we do to help? We must encourage students of color to build networks of compassionate connections. Studies show that the more positive the school community, the more successful the students. These include have conversations with educators and friends that mostly strengthen them — this is essential to their success. If a youth coalition of consciousness came together to demanded honest and trustworthy leadership, we could revitalize and expand our democracy. The truth is, we all love our country, and that means every community in it. That’s what motivates most Americans to be compassionate. Hateful language will not help us bounce back from this global pandemic, economic, civil, and human rights crisis. When we give others what they want and need, everyone will paradoxically receive what we want and need.

Kirk Clay is the President of Capitol View Advisors — a collaborative investing and acting on its values in creative and strategic ways to connect communities with the information and resources they need to support and further their aspirations.